Its been a whole year since I last posted - decorating the house and all manner of jobs have kept me from doing anything with the GTM, which has been in the garage leaking oil and electricity over the summer. I'm keen to get cracking in the spring, so I've spent a little time planning. researching and designing the rebuild.

Here's what I'm planning to do:

And probably a million other jobs that will crop up on the way! I intend to buy a complete donor MGF / MGTF so I have everything needed for the GTM - I don't fancy hunting on eBay for missing essential components. I'll then sell what I don't use, if I can.

Being a graphic designer, I couldn't help mocking up a rough preview of the GTM K3 when it's finished: 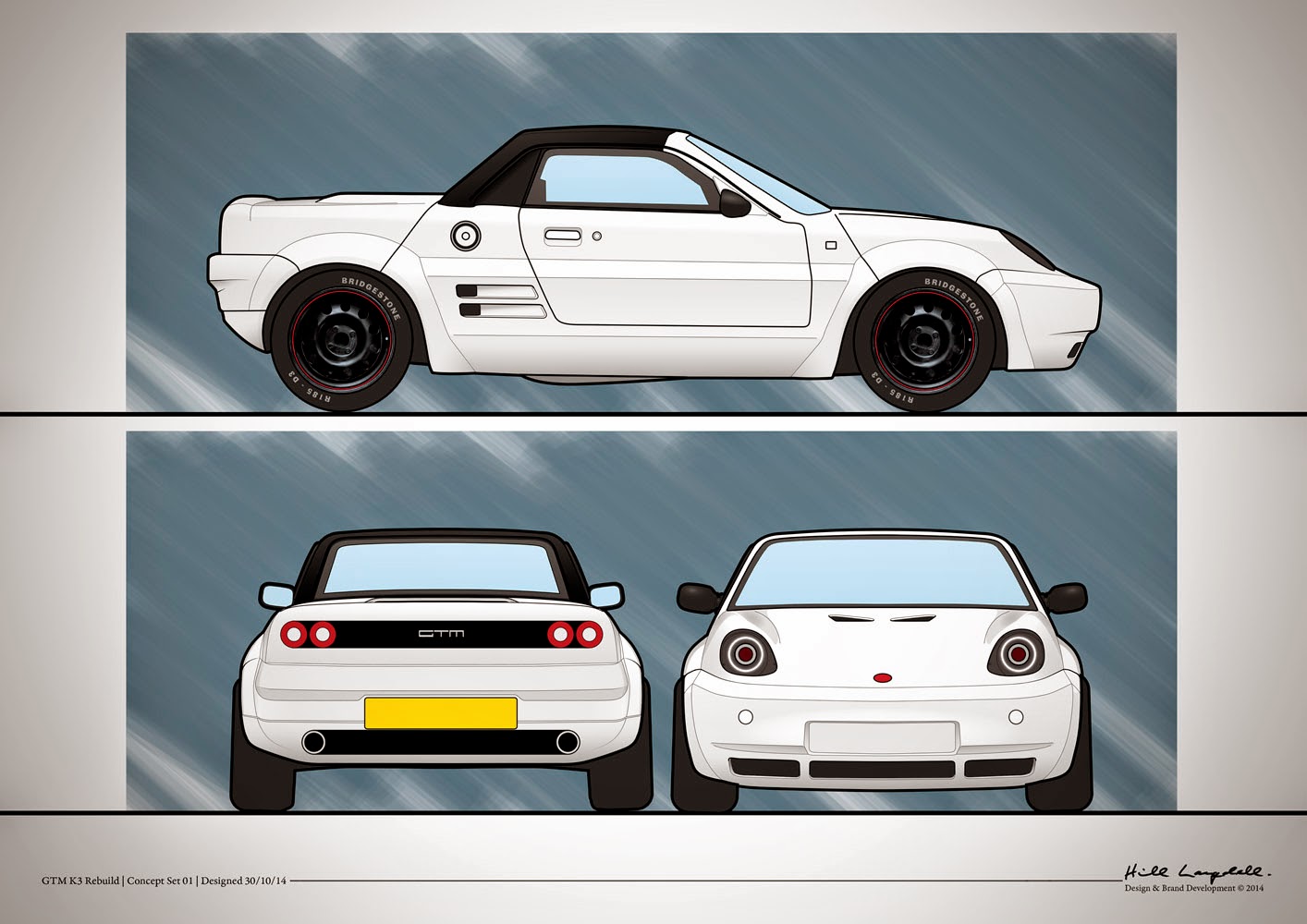 So, a little more research and hunting in the classifieds for an MG to pull apart. Comments and suggestion welcome!
Posted by Hill Langdell at 12:10 No comments:

Eventually I intend to replace the Hydrogas suspension system with coil overs, but I couldn't help playing with the ride height on the GTM K3 in the meantime!

Just before I picked up the car, my Uncle Keith had a local garage pump up the suspension as it had sunk a little. They over did it and the car was riding in the air, and toeing-in at the rear. It was crashing over bumps and not handling well. 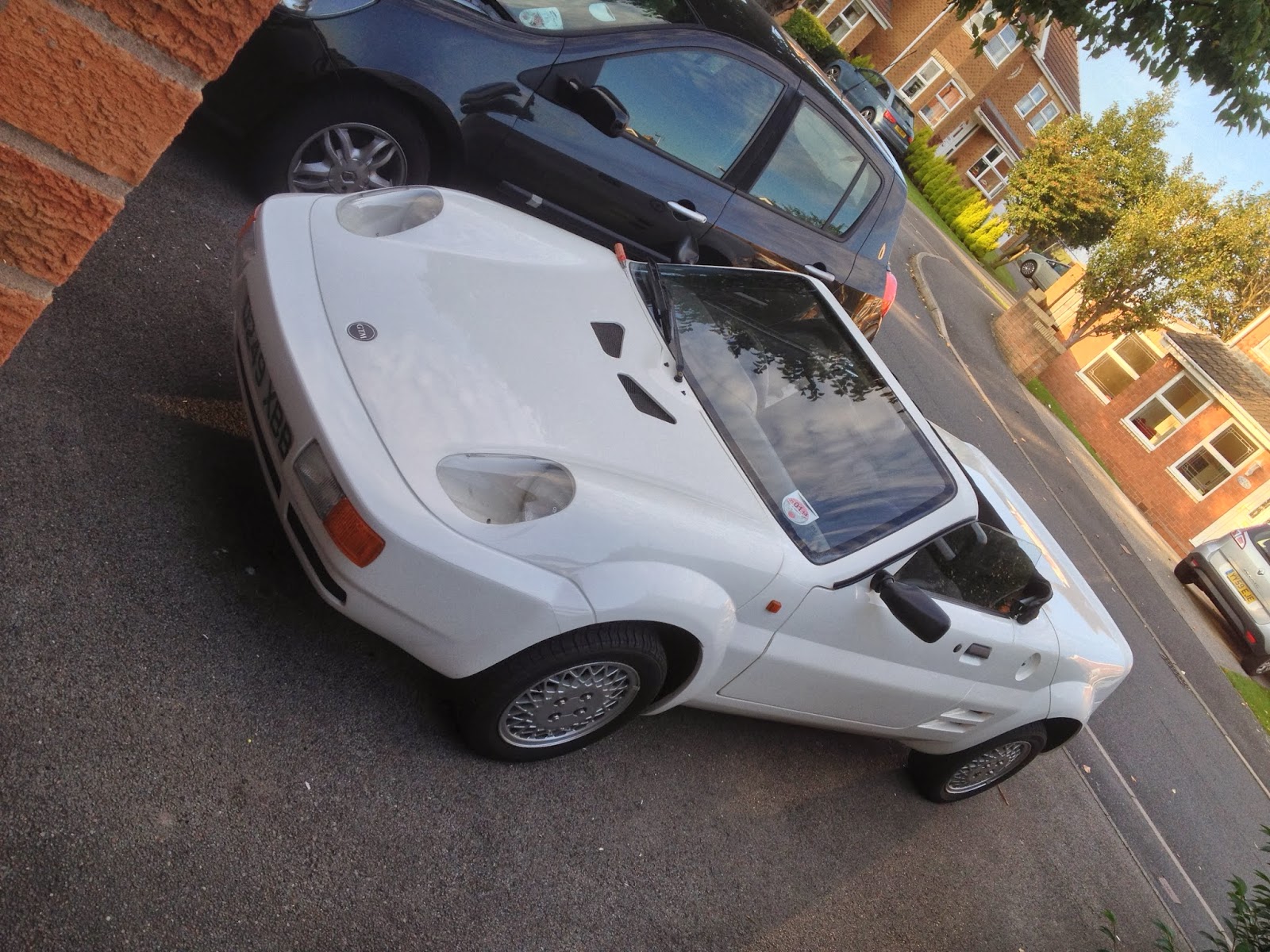 Too High for comfort.


Back over to Aaron’s Autos for a bit of adjustment with a borrowed pump. After an hour of adjusting, rolling and adjusting some more, I set the ride height 10mm lover that what GTM deem the normal ride height – the difference is breath-taking! It handles like a normal car, and looks far better, although speed bumps might prove tricky! 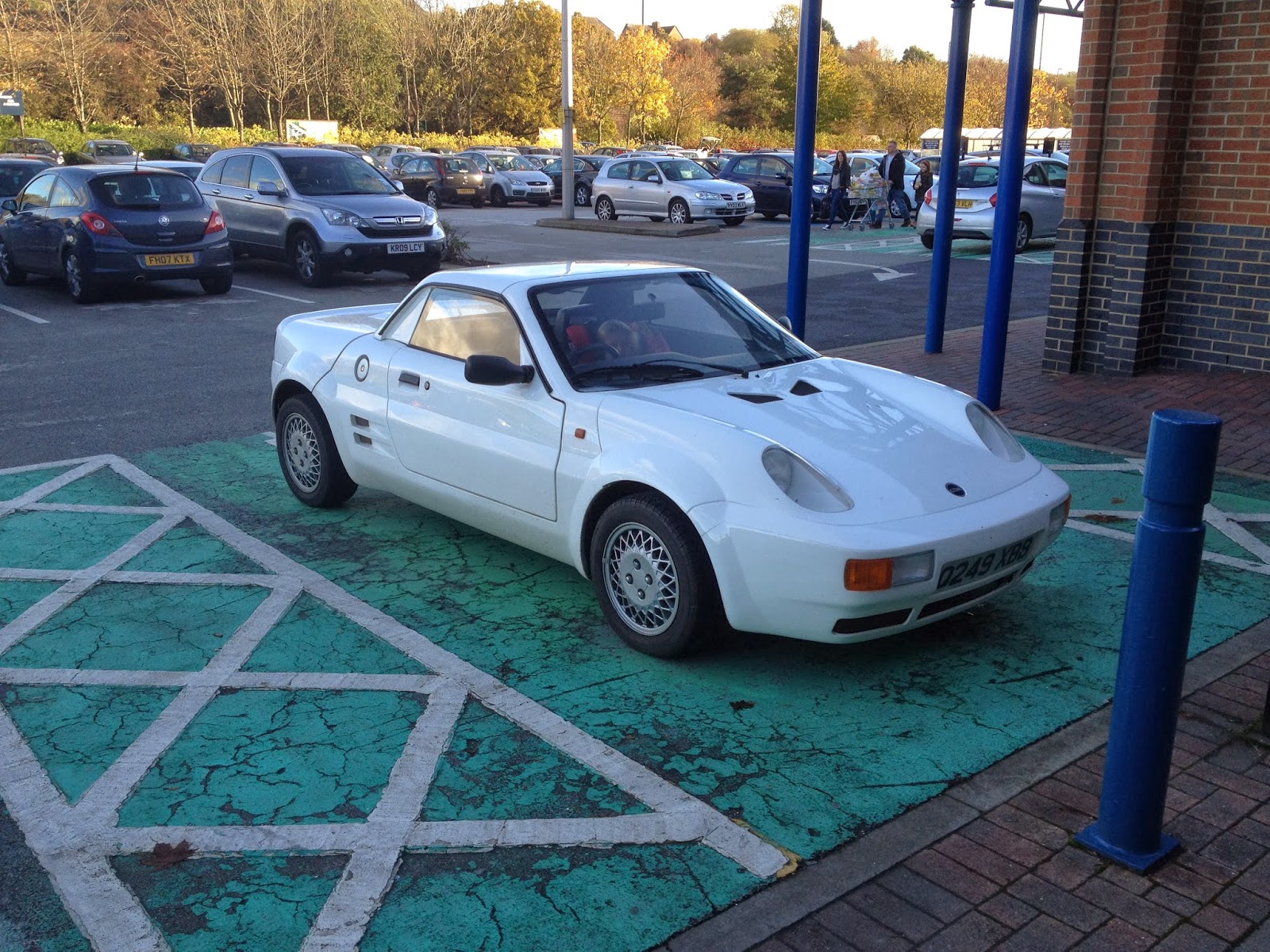 Much better! Although routes are now planned with speed bumps in mind. (Holly is in the car so I can legitimately use the parent and child parking space!)

I also use my time at the garage to flush the cooling system and replace the coolant. Ready for not freezing this winter.

Posted by Hill Langdell at 12:42 No comments:

I’ve spent the last few days avoiding the GTM – I felt I’d fallen out of love with it a little thanks to the horrendous journey getting back. Today I get the GTM out of the garage and start to fix a few fundamental issues which are preventing the car driving properly. The first is…


Not that the seats are bad or unsupportive, the problem, for me at least, is that the previous owner had both the passenger and driver’s seat jacked up on what look like big bits of wood. I'm a little taller than Keith, so my head is literally pressed against the roof whilst I'm driving. I remove the seats, take out the wood and what look like rubber shock absorbers, and replace the seats with new bolts and washers. Much better. 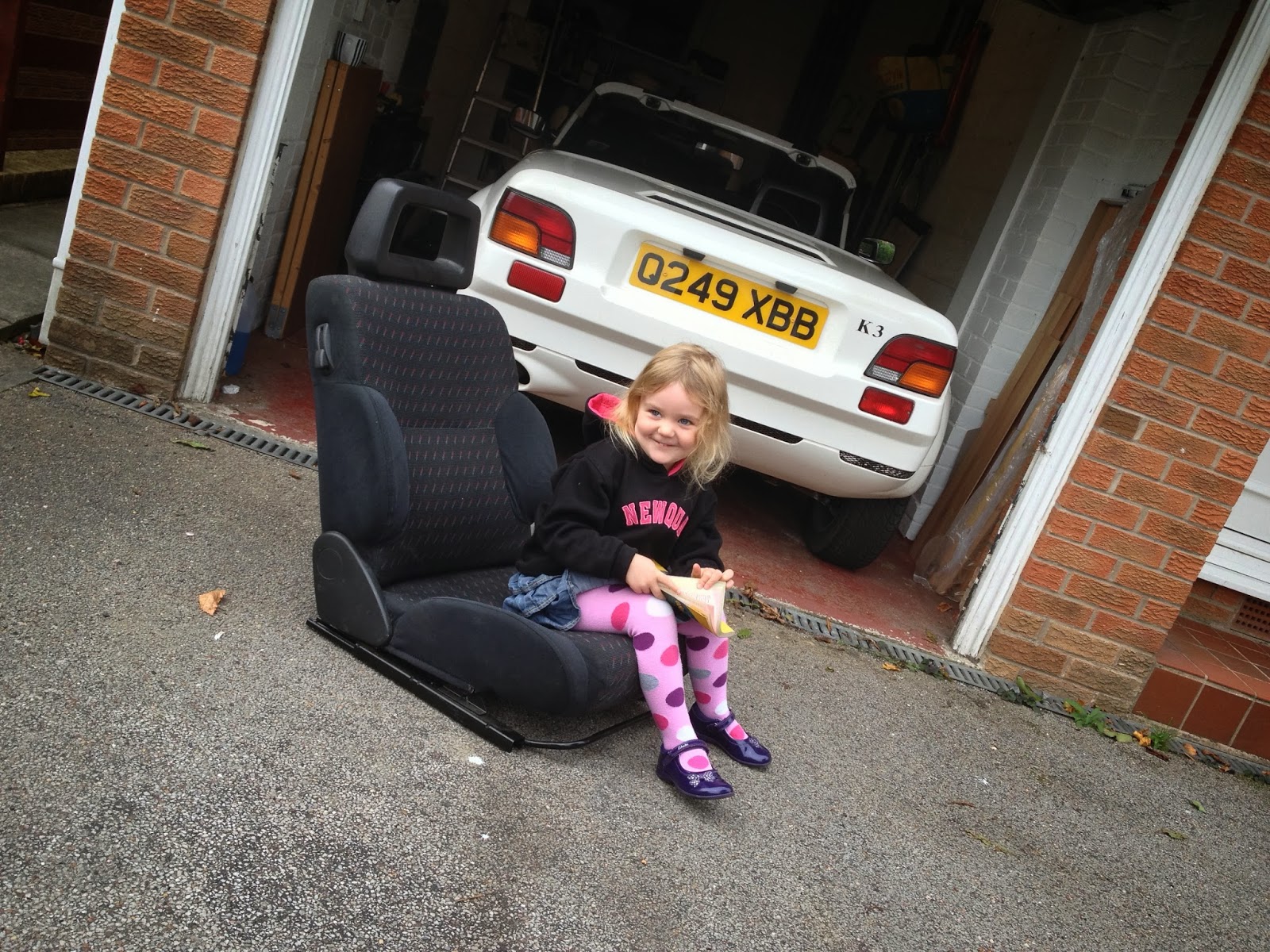 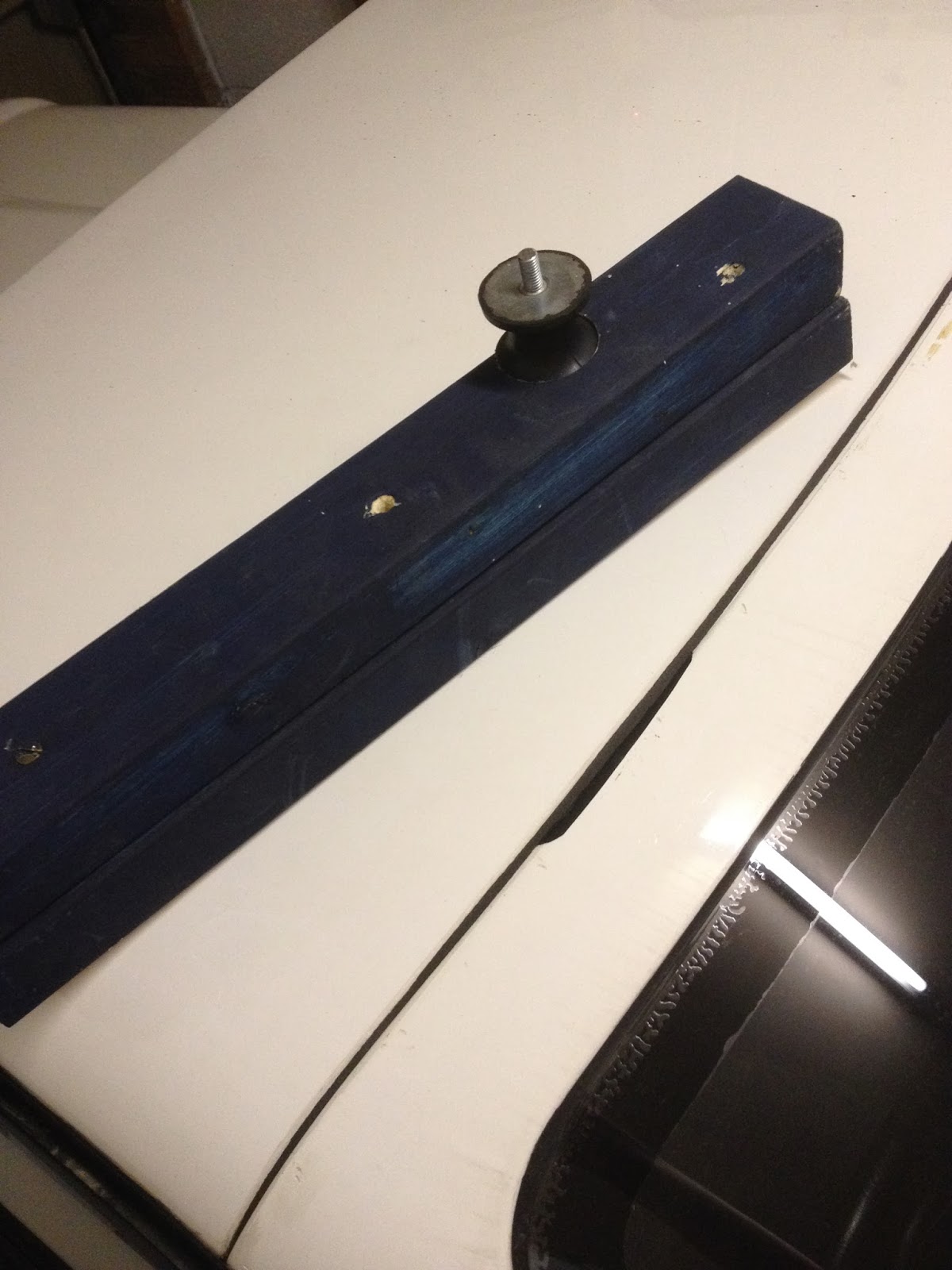 That's one way of absorbing the bumps - far more comfortable without for me.


The thermostat is opening okay, and there are no airlocks in the cooling system, so I've replaced the expansion tank cap, messed about with the fan switch and replace two very perished vacuum pipes that control the manifold pressure. It seems much happier, although the system now has no coolant from the amount of topping up I did a few days back, so I'm planning to flush it and refill it soon before winter.


I've noticed a very strong smell of petrol since I picked up the GTM K3, so it’s off to my friendly garage, Aaron’s Autos, for some investigation. After taking off the roof and trim, we found that one of the pipes was slightly corroded, so we sawed it off and reconnected it. More worryingly however was the rubber filler pipe, which is too large for the neck of the fuel tank. It gathers slightly where the jubilee clip holds it in place, and a slight loosen of the clip results in petrol pouring out – it’s clearly not sealing properly. I've contacted TEC Industrial in Ireland, an old client from my graphic design practice, who specialises in hosing. They confirm they can supply me with something a little more suitable. 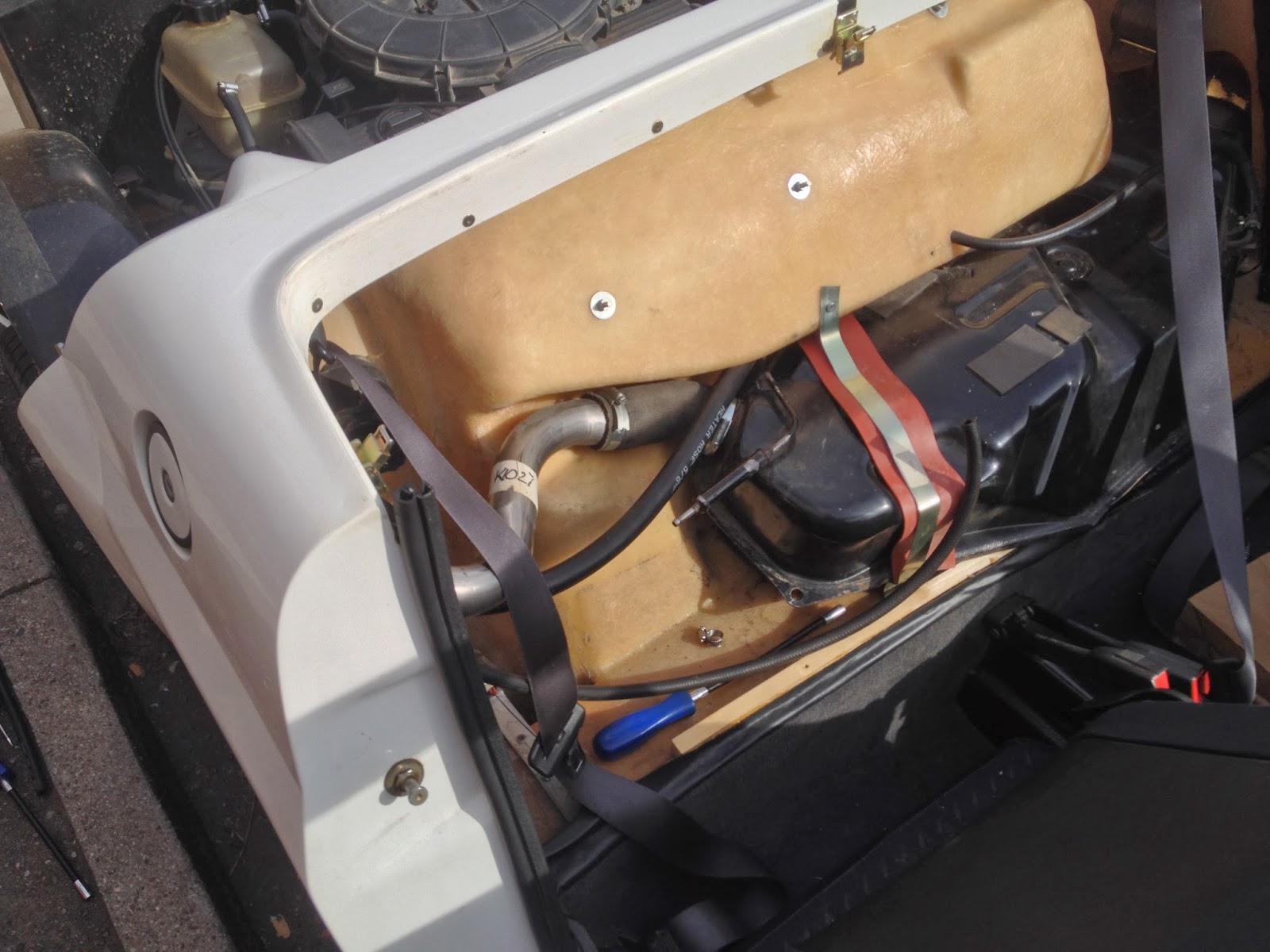 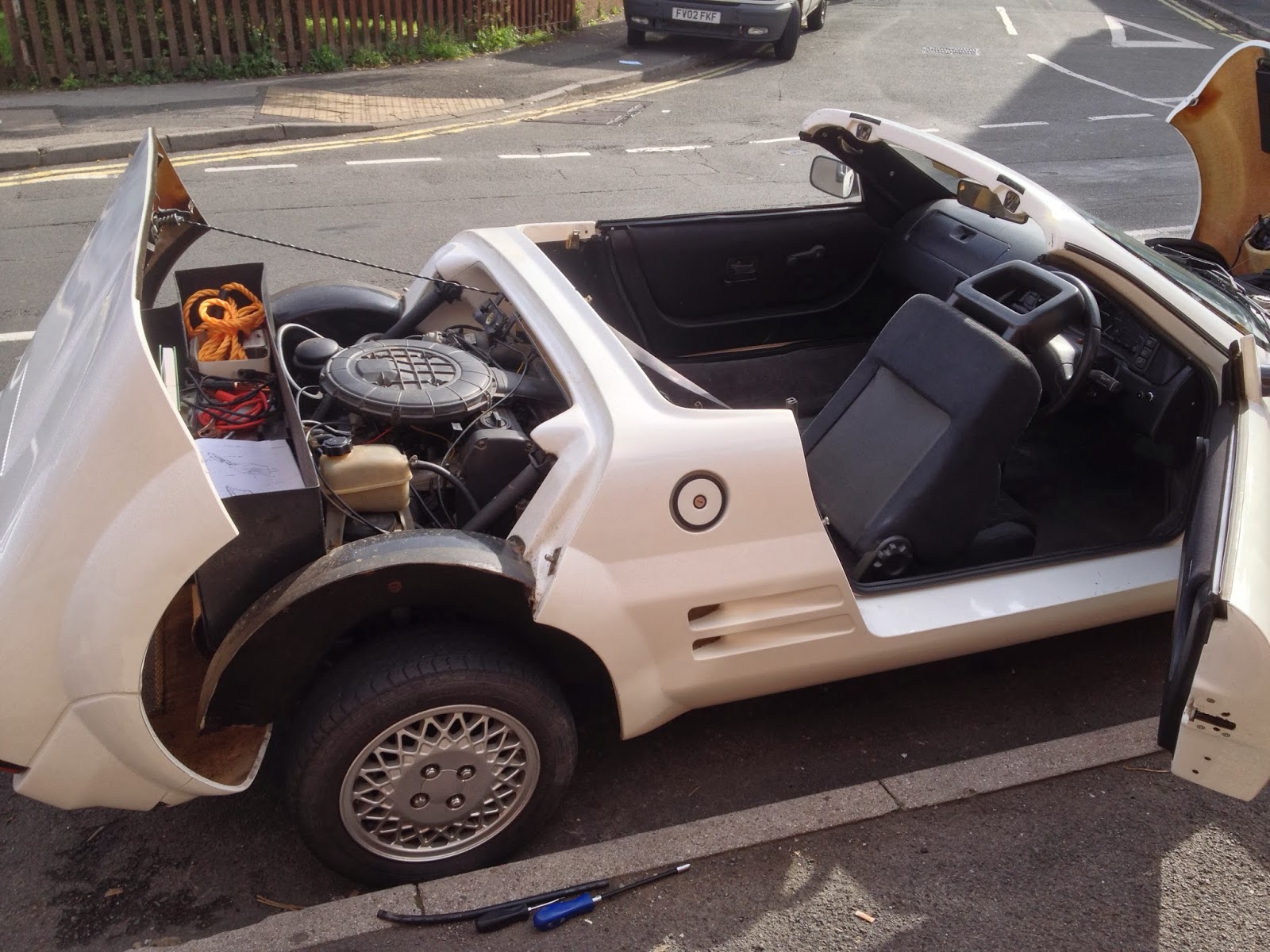 Posted by Hill Langdell at 12:19 No comments:

The day has come, insurance sorted and my train ticket in-hand – it’s time to pick up the GTM K3 from my Uncle Keith's house in Peterborough and drive it back to Derby!

That’s right, I said drive (although as you read on, perhaps a trailer might have been a better idea), as it’s taxed, tested and lightly serviced by a local garage before my arrival. I take it out for a brief journey around Yaxley with Keith to get used to the car, and grab some petrol. 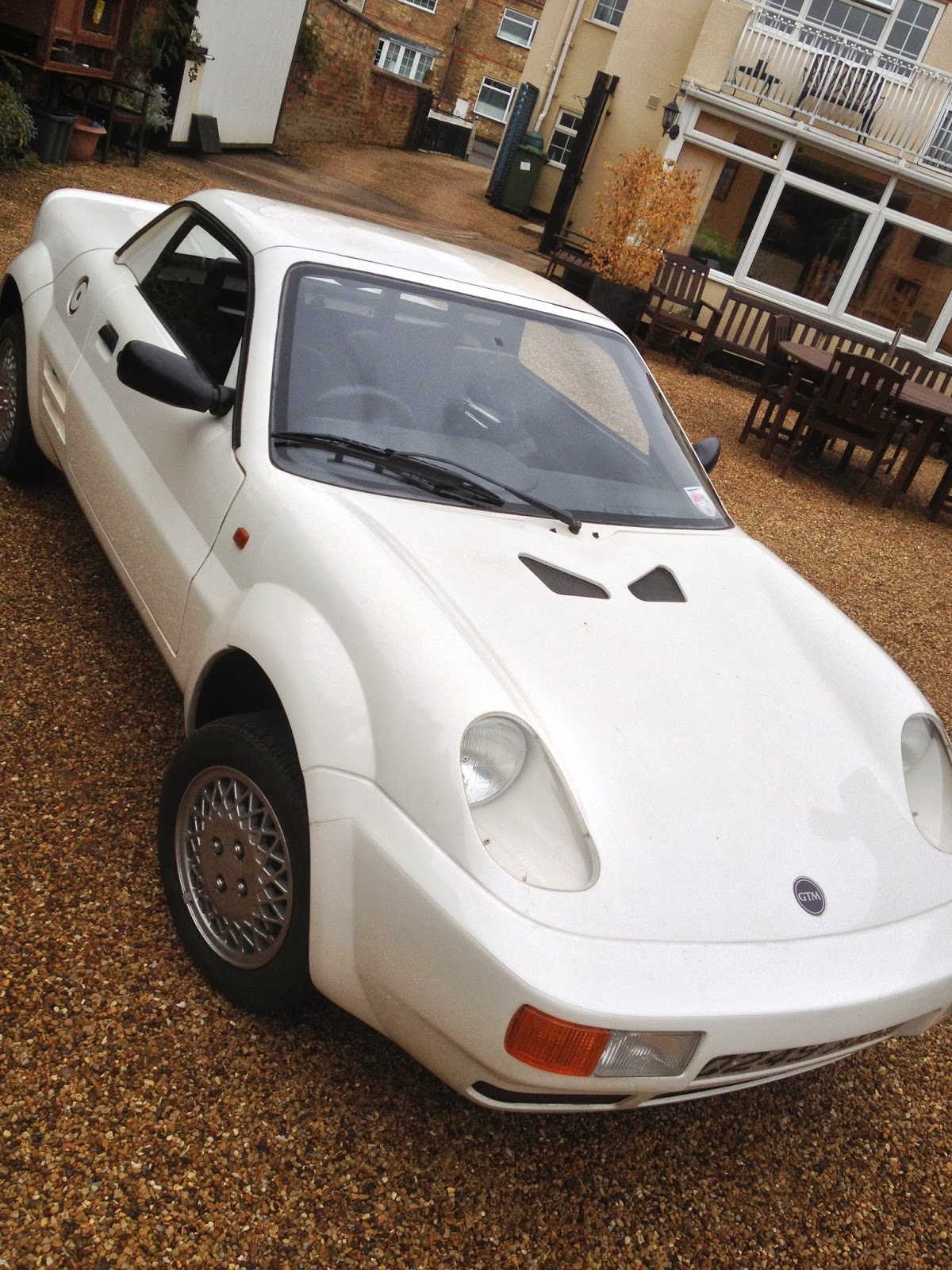 First impressions reveal a very awkward gear change. The suspension was sunk, so Keith had the local garage pump it back up before my arrival, but it’s riding way too high, and with the excess pressure in the hydro-elastic system, the ride is too firm. In fact, it’s toeing in at the rear, making the car very twitchy.

Still excited though, as all this can be rectified. So after a spot of lunch, Keith waves goodbye as I gingerly take the K3 onto the busy A1…

…Where after about 15 minutes, this happens: 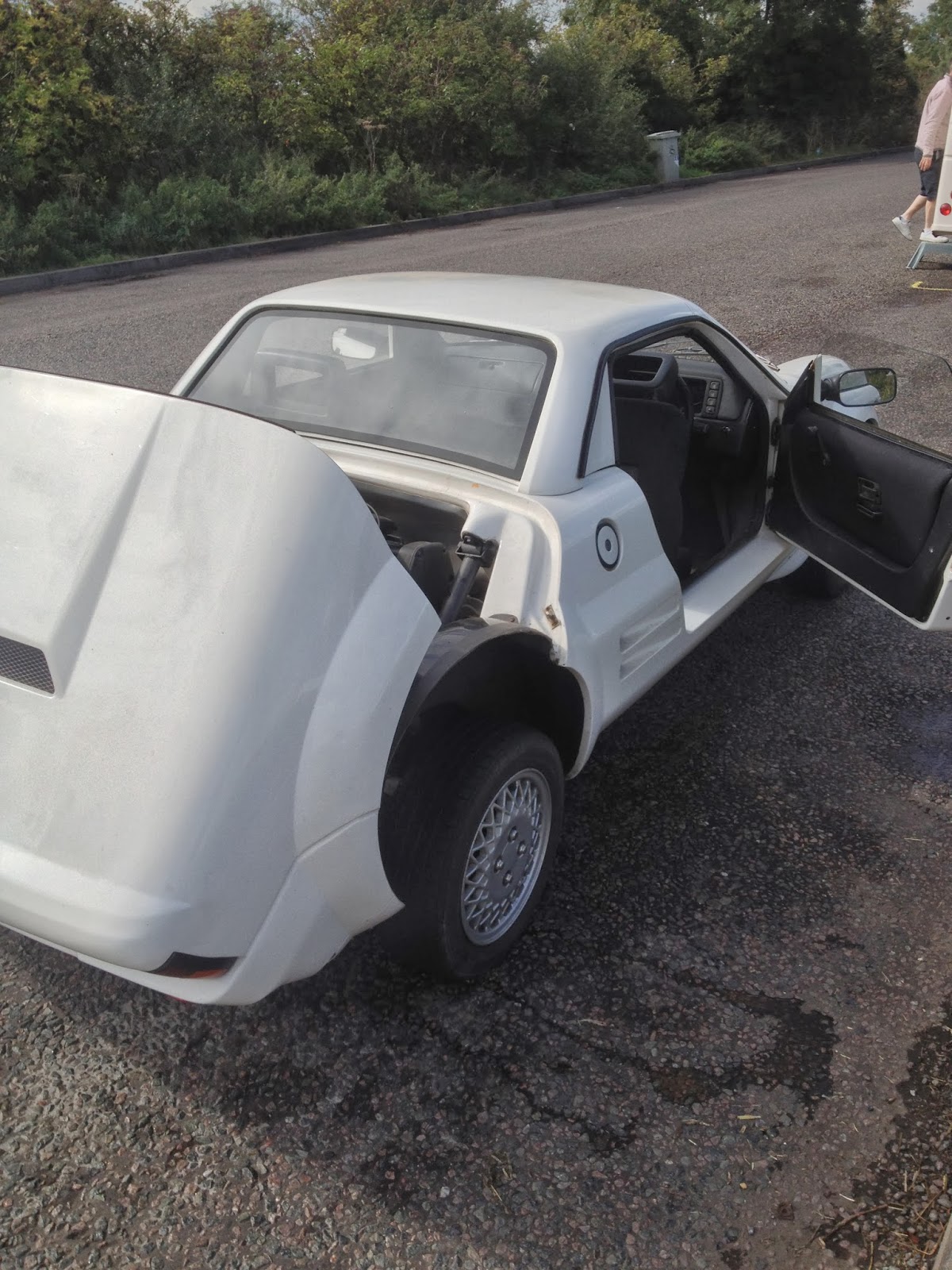 Not a great start, the engine has overheated and lost quite a bit of coolant. I check the thermostat which seems fine, let the engine cool and replace the water. Lets try again… 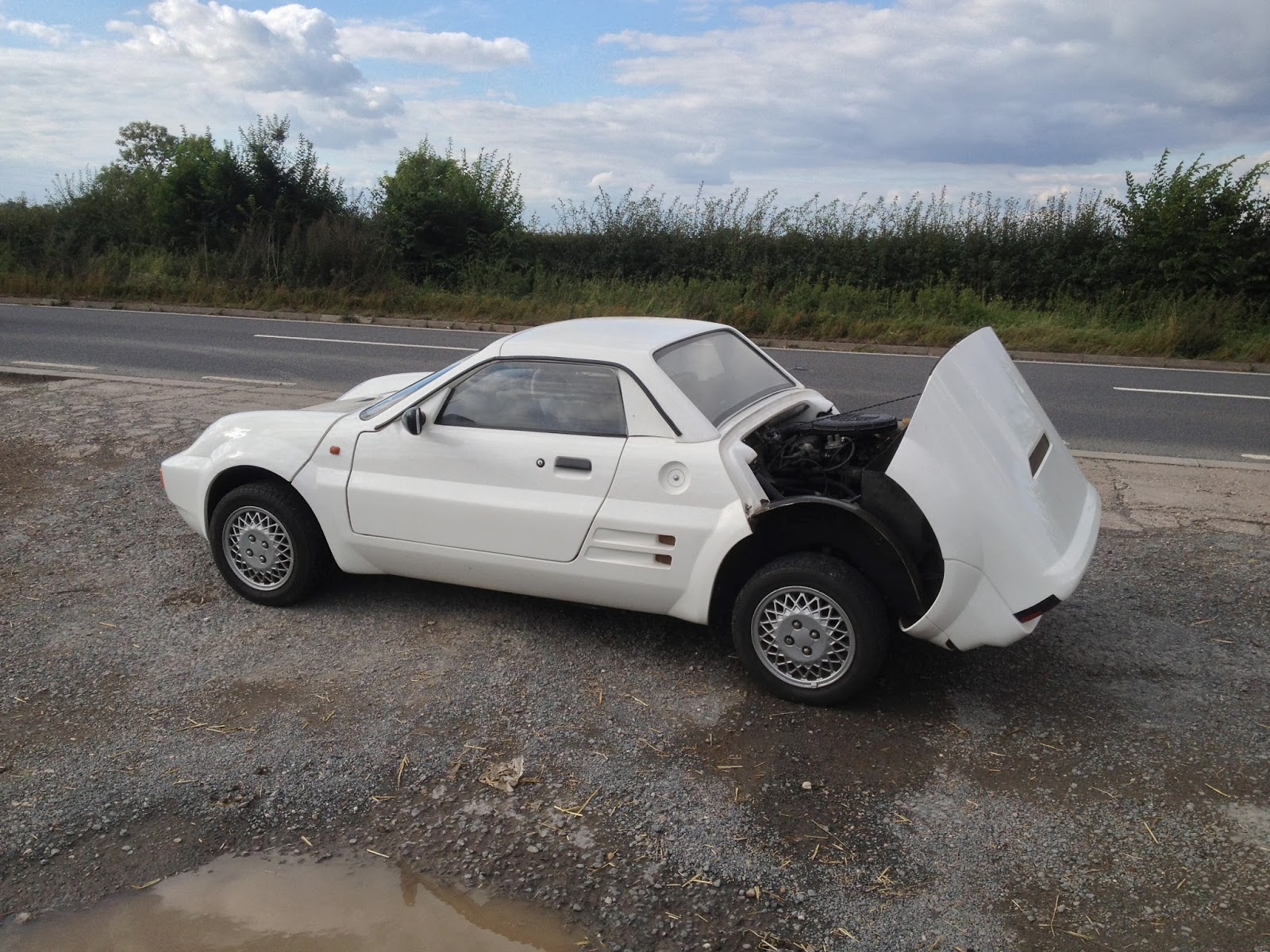 So there’s clearly an issue with the cooling system somewhere! After another 2 stops, I decided to call it a day, and also call the RAC. The RAC chap turns up and looks at the car blankly, but then cheers up when he realises it’s all Rover running gear and reveals he used to work at Longbridge. He quickly diagnoses a series of small issues including damaged manifold vacuum tubes, air locks in the system and a malfunctioning fan switch.

A few temporary fixes using tape, tape and more tape and I’m under way again. I arrive back home 7 hours after I set off – where the K3 promptly overheats again on the drive. At least we’re home and tucked up in the garage. 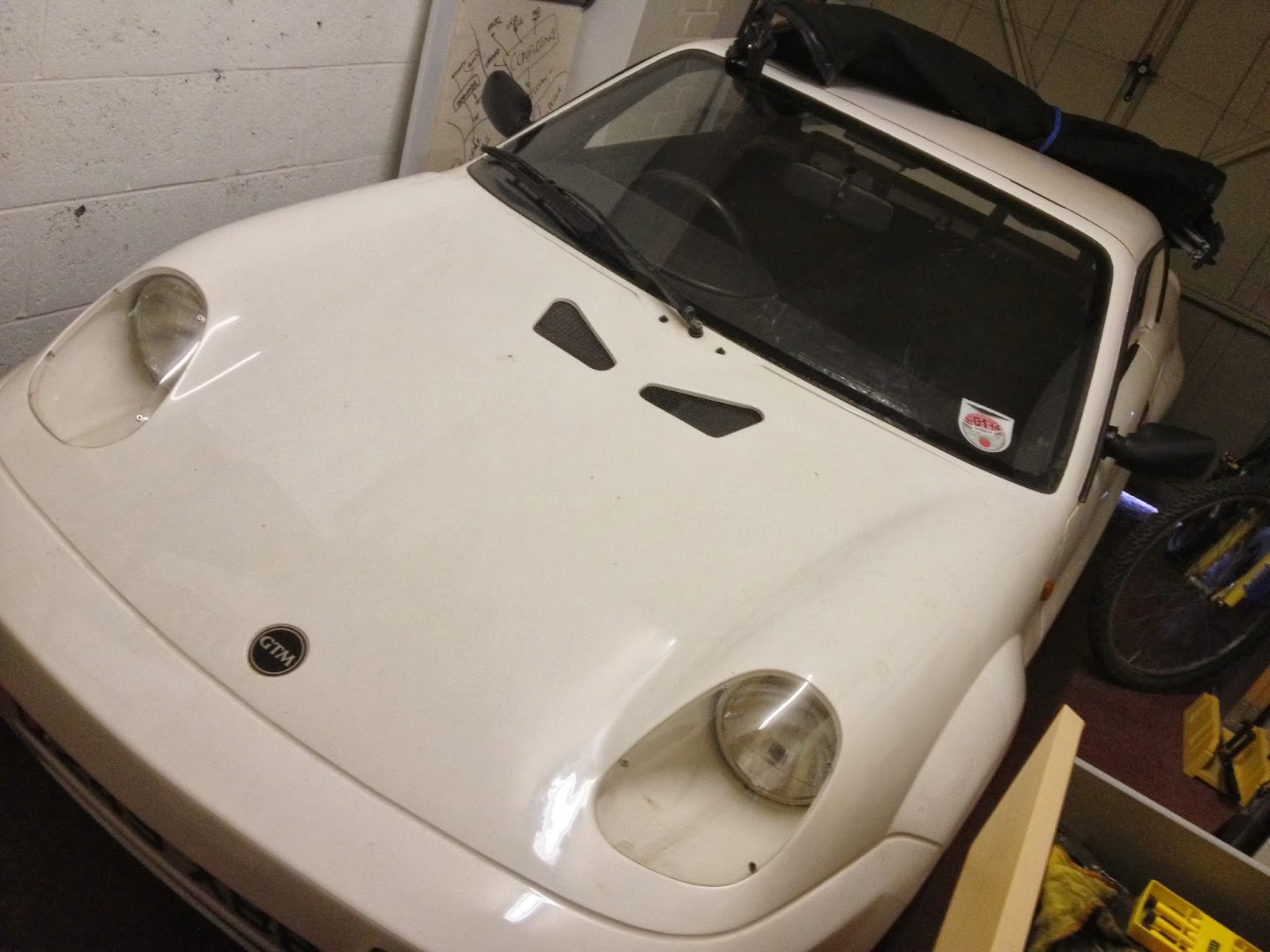 Posted by Hill Langdell at 11:39 No comments:

Email ThisBlogThis!Share to TwitterShare to FacebookShare to Pinterest
Location: A1, Peterborough, UK

A first look at my new GTM K3

Hi, and thanks for taking the time to visit my blog!

I’m Geoff, a graphic designer living in the beautiful Derbyshire countryside with my wife and children, and in August 2013 I decided to buy my uncle’s kit car - A 1995 GTM K3 Rossa to be precise. The intention is to rebuild the car to beyond its former glory, adding a few suitable upgrades where necessary, and creating a fun B-road tool.

I have known the car in question for many years, in fact I went to the former GTM factory in Loughborough with my uncle to collect the complete car around 12 years ago, and I’ve coveted it ever since!

So, after an unexpected ‘yes’ from my wife Abigail, I’ve popped over to Peterborough to take a look at the car. Here she is: 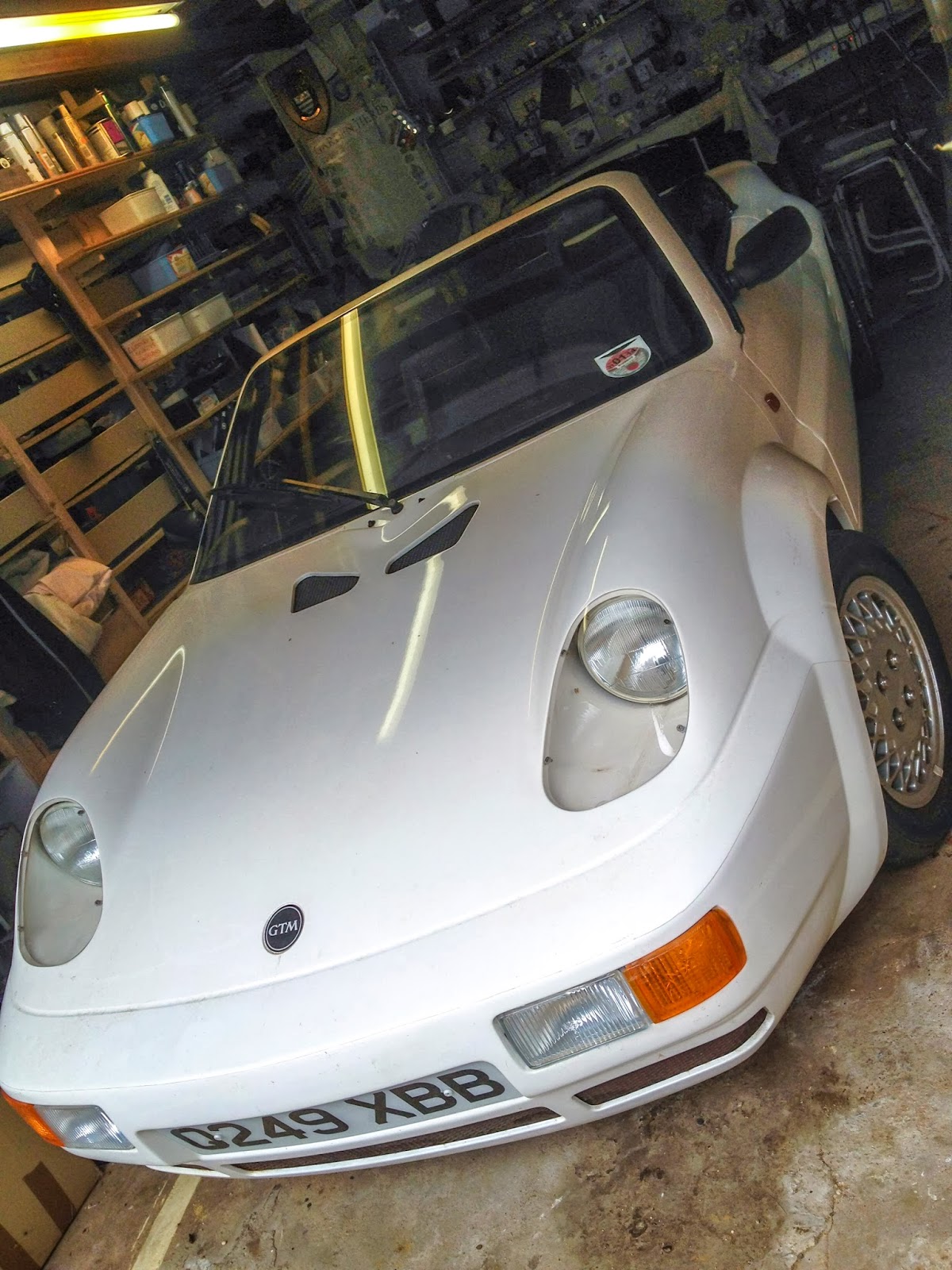 It’s been sitting for a while, and the suspension has sunk. It’s far tattier than I remember, but as it’s being completely refitted, that shouldn’t prove an issue. A few more pics: 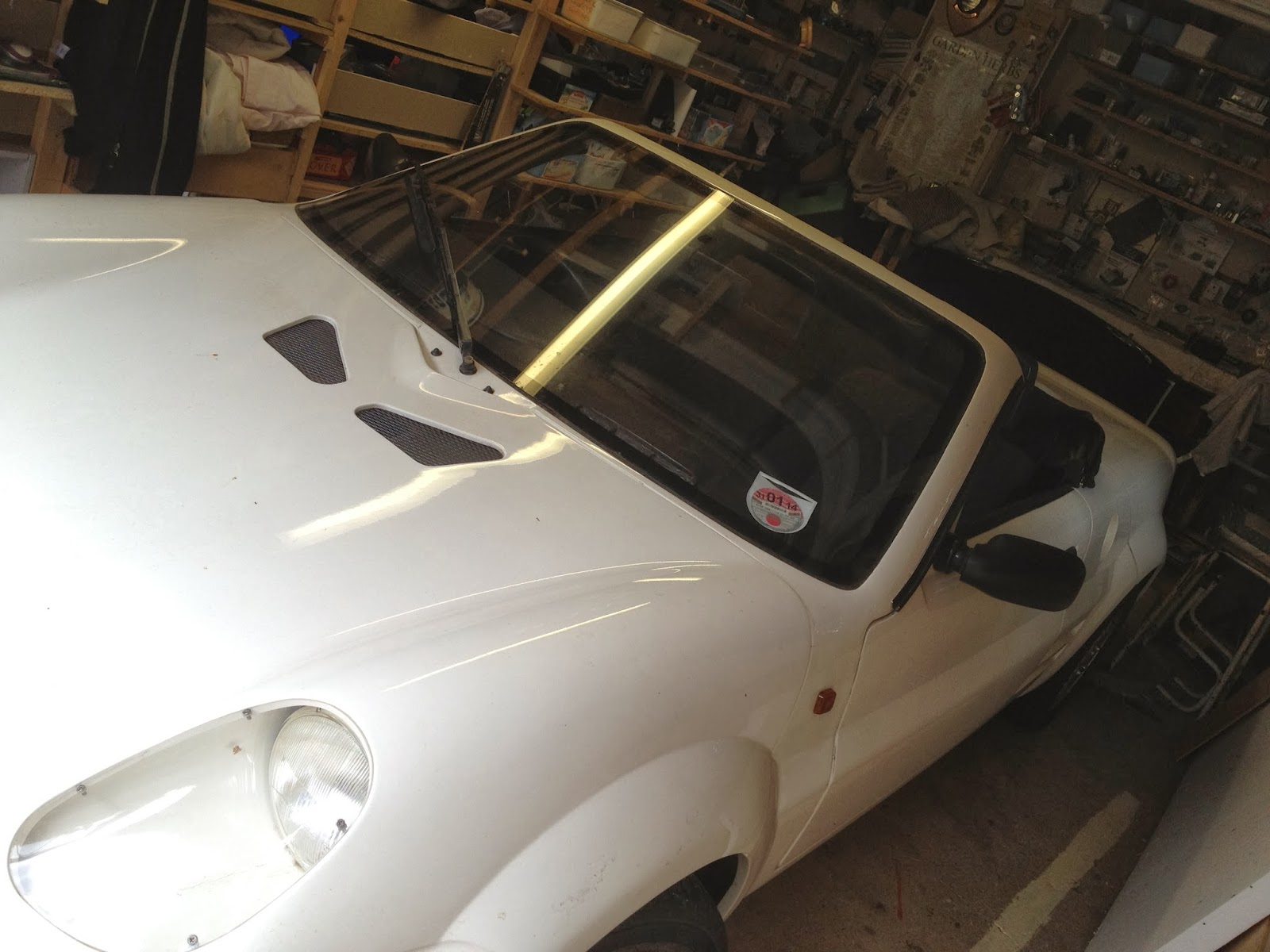 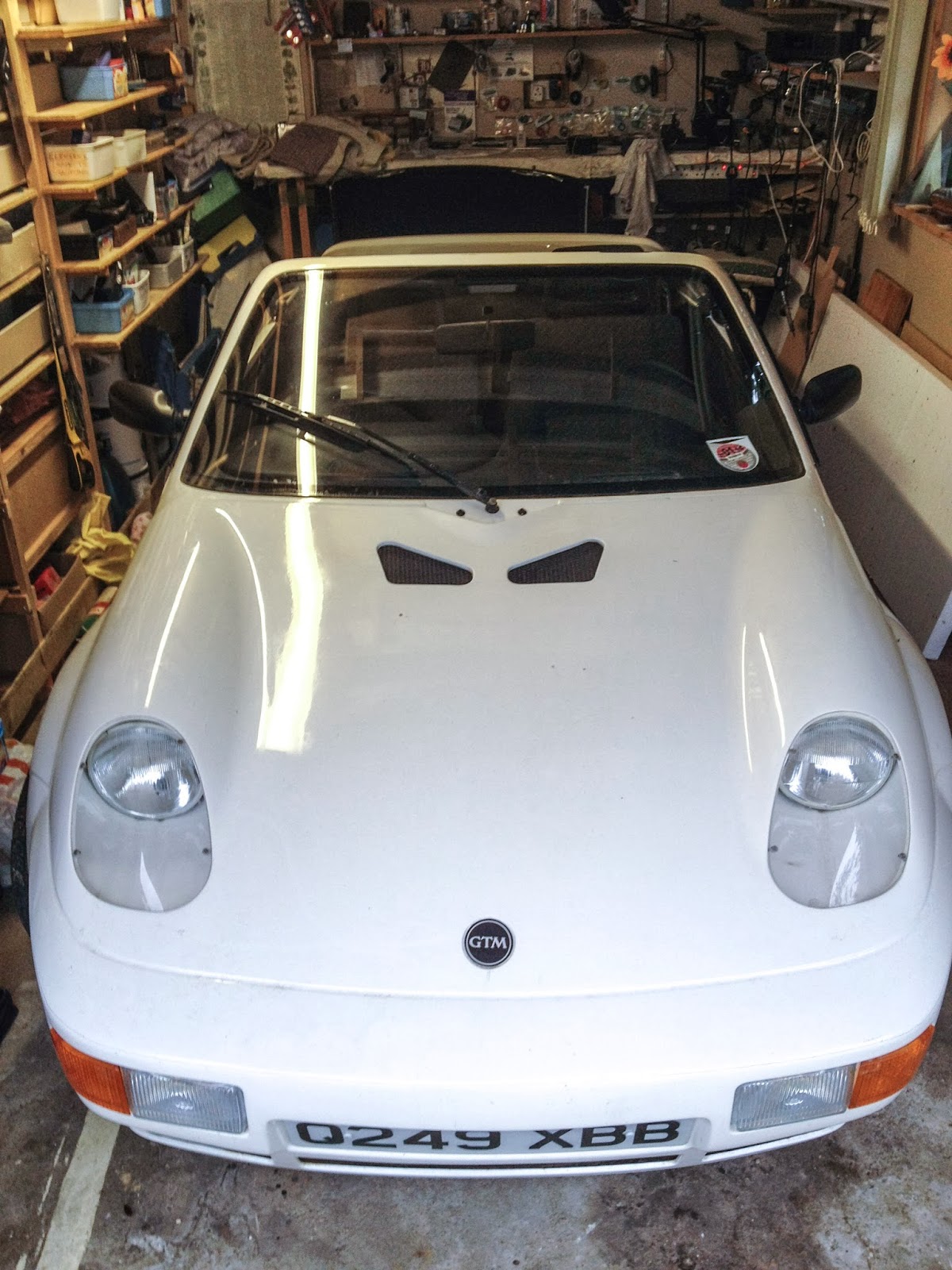 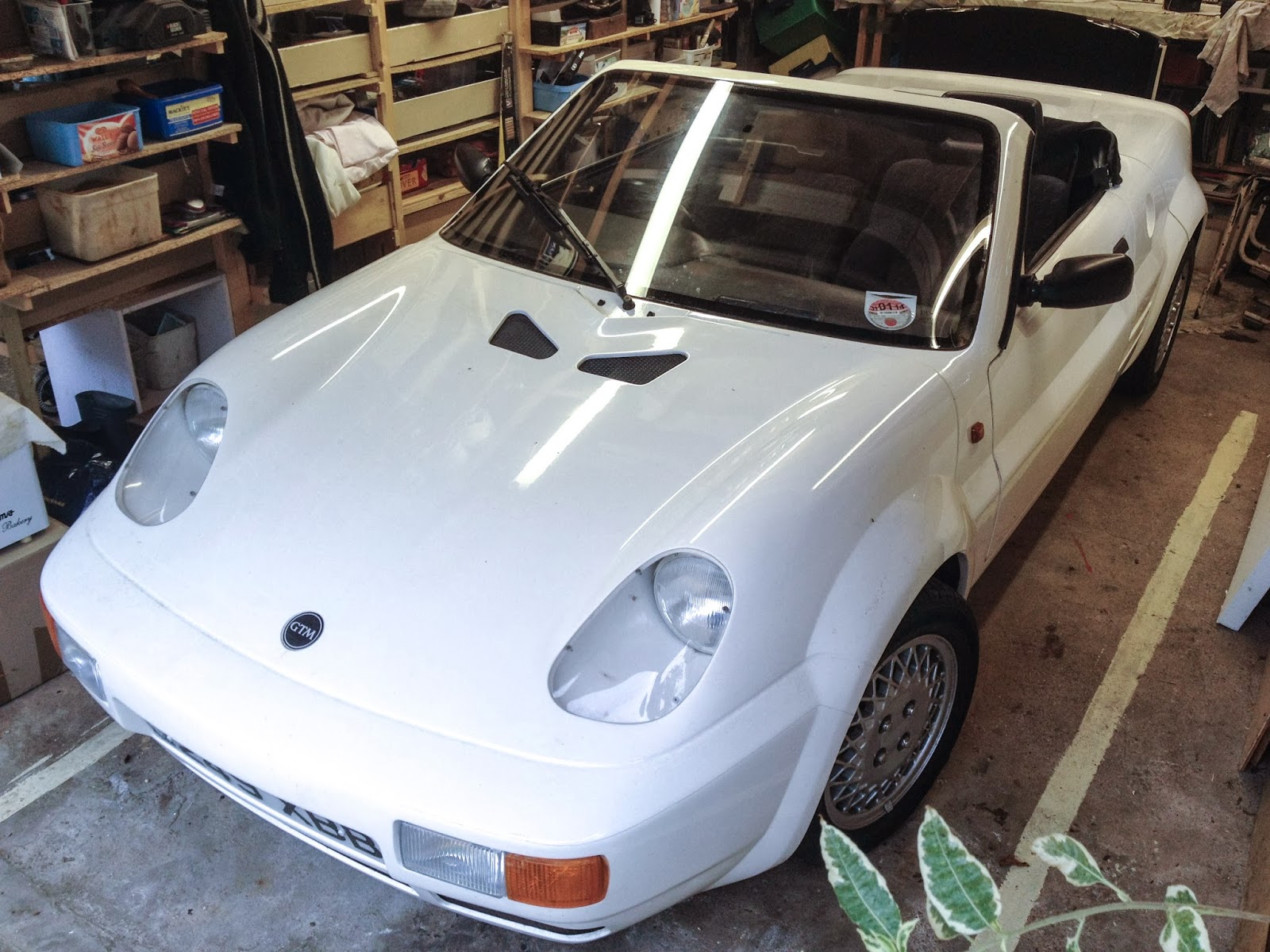 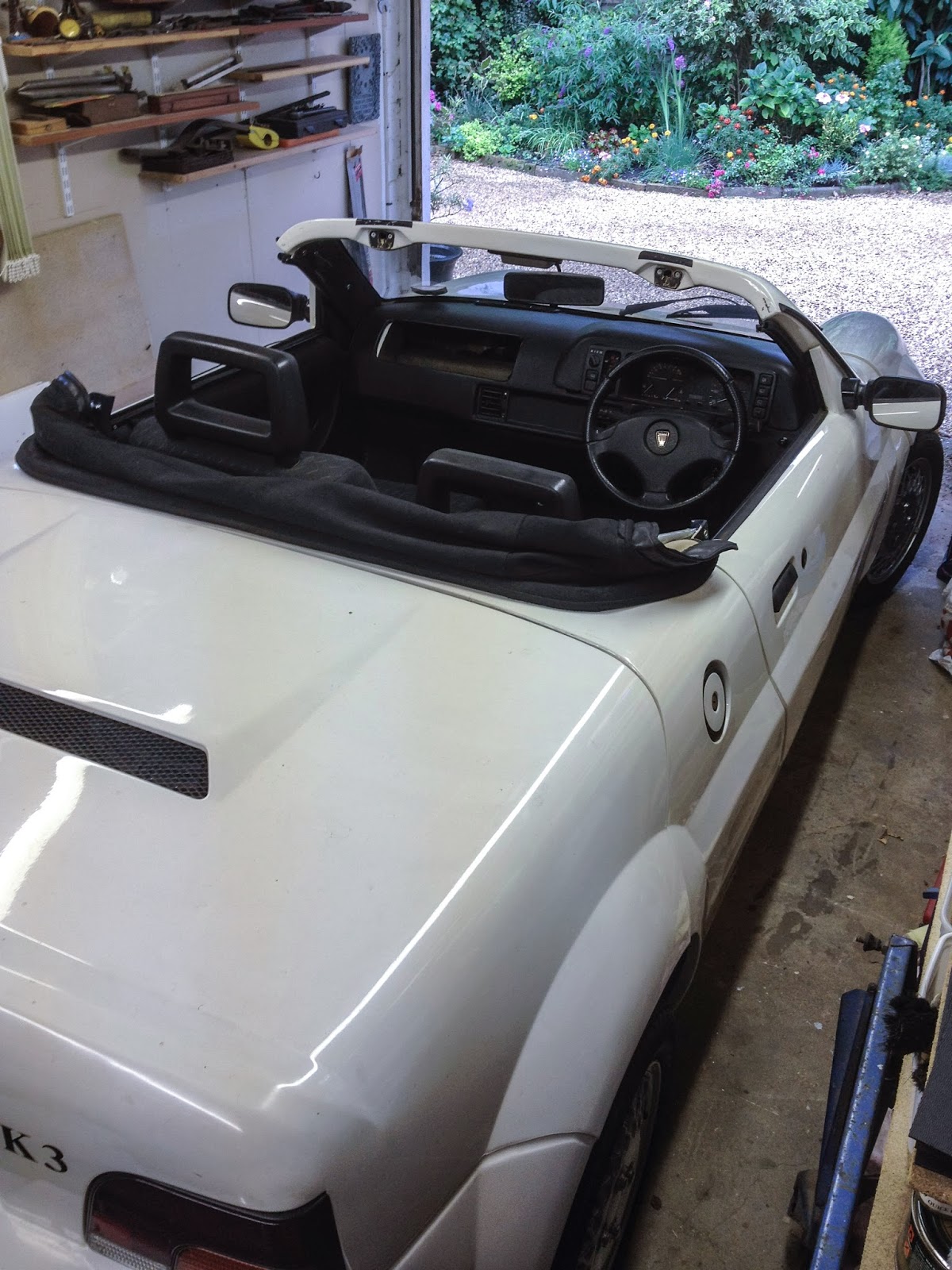 Looking good, now to do the deal and get it home – by trailer I should think.
Posted by Hill Langdell at 10:50 No comments:

Email ThisBlogThis!Share to TwitterShare to FacebookShare to Pinterest
Location: Yaxley, Cambridgeshire PE7, UK
Home
Subscribe to: Posts (Atom)
I’m Geoff, a graphic designer living in the beautiful Derbyshire countryside, and in August 2013 I decided to buy my uncle’s kit car - A 1995 GTM K3 Rossa to be precise. The intention is to rebuild the car to beyond its former glory, adding a few suitable upgrades where necessary, and creating a fun B-road tool.
I will use this blog to keep a diary of progress as I undertake the rebuild.